As referred to in the article linked that is linked to below, an older Muslim woman has been attacked and had her arm broken in the northern suburb of Melbourne. The assault was carried out by a large white male. Similar cowardly attacks on Muslim women have occurred in Brunswick, Fawkner and Carlton recently. Boneheaded behaviour such as this cannot and will not be tolerated. We will not let these cretins create the climate of fear that they wish to shroud over our proud, diverse communities. We will beat you back on the streets just like we have in the past.

Nazi Scum Fuck Off out of the north!

Posted by RezzaAntifa at 06:08 No comments:

Have a look at this motley crew of deformed looking, out of shape members of 'Nationalist Alternative', 'master race' my arse! 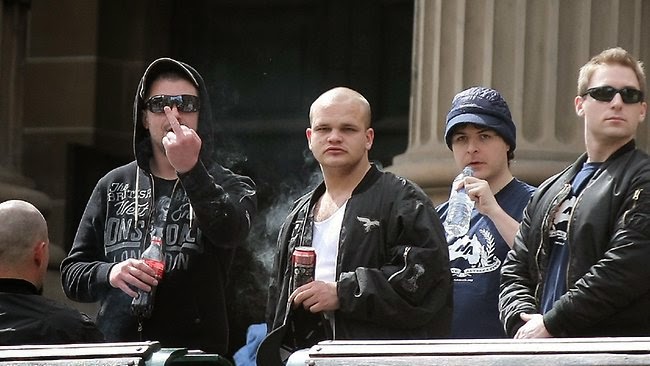 Posted by RezzaAntifa at 18:30 No comments:

We believe that the only way to be a true anti fascist is to oppose the system that breeds fascism; capitalism. We oppose all capitalists including social democrats. Our friends and comrades include anarchists, syndicalists and Leninists. To be a true anti-fascist one must be outright counterposed to capitalism. Accept no weak willed liberal imitations.
Posted by RezzaAntifa at 18:27 No comments:

We're going to have a fair whack of these bad boys coming soon in sticker format, expect to see them plastered up all over the Northside of town, particularly in areas where there has been confirmed fash activity. If you want a couple hit us up at: redaktion49@gmail.com and we'll sort some shit out. 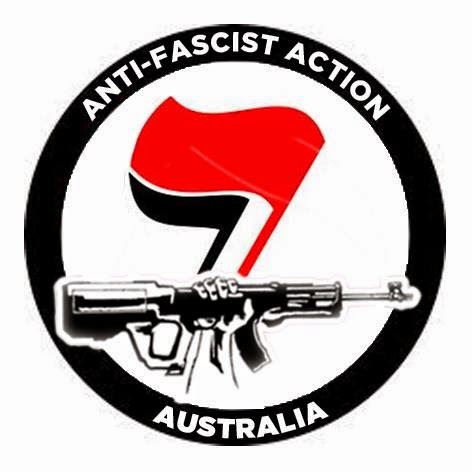 Posted by RezzaAntifa at 23:52 No comments:

Various reports are suggesting that the fascist 'Australia First' youth group Eureka Youth League have a small foothold in Preston, Reservoir and Heidelberg West. There is no room for virulent racism anywhere, especially in communities like ours which are built on a patchwork of diversity. We aim to seek out members of these organisations and instill in them the fear that they are trying to instill within our communities. Nazi scum fuck off!
Posted by RezzaAntifa at 17:09 No comments:

Combat 18 graff has been spotted on two fences in Belgrove Street, Preston, near the Olympic hotel. This is being looked into. Nazi scum fuck off!
Posted by RezzaAntifa at 05:06 No comments: